I’m obsessed with efficiency and productivity. And sometimes I just like to find ways how to do things faster, even though they may not be important or useful at all.

Typing is one of those activities where it’s useful to make the distinction between being effective (type fast) and being efficient (create good content). But sometime it’s helpful to go one level down and work on effectiveness as well, so I decided to test the Dvorak keyboard layout I’ve been hearing for a long time as being much more efficient for typing. It was suggested by Matt Mullenweg, the original developer of WordPress, and I wanted to know if it will improve my speed of writing.

I also thought it will be fun to try to re-wire my brain after 20+ years of living in QUERTY world. 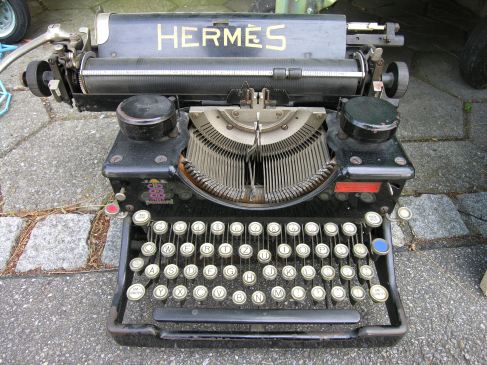 First typewriters had more-or-less alphabetical layout. Then the QUERTY layout was introduced (in late 19th century!) with a specific purpose. Mechanical typewriters had a common issue – the mechanical arms that “punched” the letters on the ribbon would often jam if the person was writing fast. So the author experimented and found the layout that was causing the least issues – and it later became a standard and is used until now.

Dvorak, optimized for your fingers

Unlike QWERTY (or its evil sister QUERTZ which was for some confusing reason used in country where I come from), Dvorak keyboard layout  is purpose built to reduce “travel time” for your fingers and avoid letter combinations that are difficult to write. Dvorak combined letter frequency in English language and study of human hands to create keyboard that would be ideal for easy writing.

They say it takes 1-2 months after full-on switch to Dvorak to achieve speed close to QUERTY. And full-on means to stop using QUERTY at all.

So this is what I did. I turned Dvorak on, on both corporate and private laptop, as well as my phone. I did not invest into physical keyboard for laptops, so I just printed out the layout and put it on my desk.

But I scrapped the idea very soon after that.

It’s not that I hated the new layout. Yes it was frustrating at times and slowed me down significantly, but I kind of enjoyed how my brain was doing somersaults as it tried to map it.

There were a few reasons why I decided not to follow through.

Yes, there is SwiftKey with Dvorak layout. But what is the point of (maybe) writing faster, if you anyway write only a first few letters?

And there is one more important point.

For me, the bottleneck is not the speed of writing. I could write 222 characters per minute on electronic typewriter even 20 years ago when I hated typing (I have state exam certificate to prove that. Yes there was such thing as typewriting state exam 20 years ago). I did some online tests now and it’s not too bad.

Not bad for a late evening

My bottleneck is not typing speed. It’s something else.

More than on speed of typing, my writing depends on me making myself to actually sit down and write. And not get distracted.

Sometimes I have things to write (this post is long overdue), I even have time to write, but I just can’t make myself to do so. I’ll find all the excuses to procrastinate.

So I decided I need to put my focus somewhere else, not speed of typing. I took recommendation from somebody else in the book, and it seems to work – I managed to publish posts that were 3 long-overdue. More on that soon 🙂